I’m Richard Gere in a tux 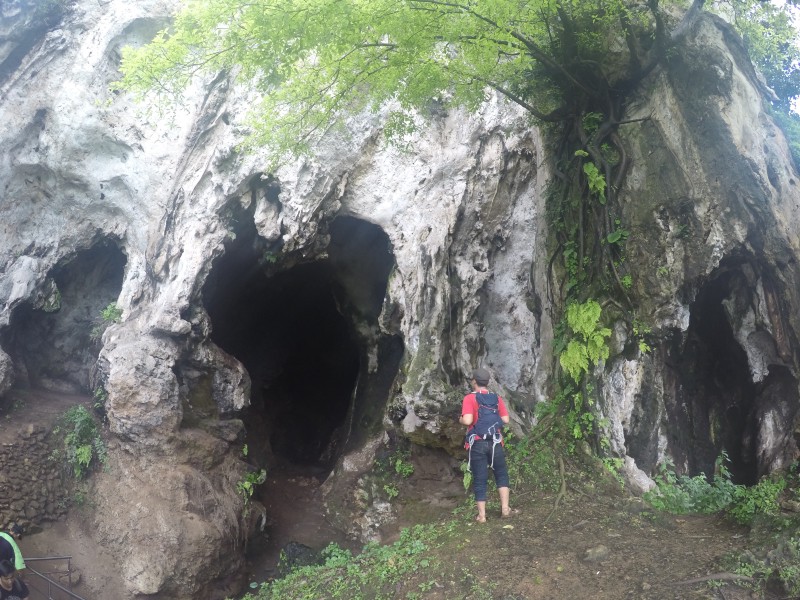 As a part of certain ethnic group, do you ever think about getting to know the history how your ancestors develop civilization ? or at least to find where they used to live ?. My parents both are pure Sundanese, and I was kinda careless before probably because I’ve been living in Jakarta since I was born. I can not speak Sundanese, I don’t know much about the culture, a shame lol. It wasn’t until I started questioning how Java Island has various ethnic groups and culture despite being a single island. And I’m curious to learn about it to appreciate my ancestors. So I begin to visit a historical sites and dig up the information. I actually wanted it to be more like an expedition, but it’s gonna take a long period of time to do so, and I’m just an ordinary traveler who has limited time.

The first stop is Goa Pawon (Pawon Cave). I’ve been eyeing this place since I watched a youtube video about Bandung Ancient Lake. They said that it’s a cave where ancient human skeletons found. It’s still yet to be researched, but the evidence shows that it’s the ancient ancestor of Sundanese people.

Located in Desa Gunung Masigit, Kecamatan Cipatat, Padalarang, West Bandung Regency. It’s not that difficult to get here. Find every transportation to Padalarang and then stop at Goa Pawon three-way intersection. It’s about 3 km distance from the intersection to the entrance. The ticket costs Rp. 5.500,- single entry.

The cave is quite big. It’s mysterious, unique, and natural. Unfortunately there are moderate vandalism at some spots. A colony of bats also live in the cave. The sound of bat-noises and water droplets mixed well together, rhymes together beautifully, makes it even mysterious.

It feels hot inside the cave, and smells not good because of the bats. But it doesn’t take away the beauty of the cave. If you’re familiar with Goa Gong in Pacitan, this cave is similar to it only without the colourful lights which is great because you can still feel the nature.

Trekking inside the cave is adventurous. There’s a trek where you have to duck to pass through it. Some spots are dark, you better bring a flashlight or turn on your smartphone flash.

The skeletons located inside the cave, and it’s protected by fences. It adds the mysterious feel to the cave, and the silence makes the cave even more spooky lol. The thing is there is lack of information board about the site. It’s important because not only it’s a historical site but also it’s an asset that people need to preserve. So they have to know the information first in order to be aware what they preserve.

You can also hire a guide, I don’t know how much it costs. But I think it’s affordable if you go there in group and it’s always worth it to learn the history from local guides.

Visiting historical does not make me as insightful as an expert, but sure it increases knowledge. The knowledge about history makes you appreciate your roots and proud of it. Your ancestors developed such a civilizations throughout the years to create a livable and comfortable environment for you to survive.